Can we learn anything from Jesus and his teachings in relation to economics generally and entrepreneurship specifically? When we know about the specifics of ancient economies during the time Jesus walked the earth, not skimming over details such as places, names and occupations, we see a clear pattern emerge: Jesus had positive views toward those who were wealth creators and negative views toward those who extracted wealth using political power and manipulation. Jesus does not disapprove of wealth in general. Rather, Jesus makes moral distinctions based on how wealth is obtained. Those who obtain riches through cronyism and political manipulation are treated differently than those who build wealth through value creation.  The ancient economy was made up of makers of wealth and takers of it. His harsh words about money are aimed at the extractive class, not the entrepreneurial class. 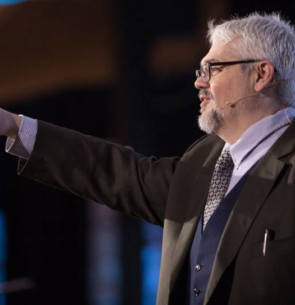 Jerry Bowyer is a financial economist, public speaker for business conferences, frequent radio and television guest, author and journalist. Jerry lives in Pennsylvania and is a lay minister. Jerry is an adjunct instructor in the Entrepreneurial Leaders Programme offered by ELO in collaboration with Wycliffe Hall, University of Oxford.

Jerry has compiled an impressive record as a leading thinker in finance and economics. He worked as an auditor and a tax consultant with Arthur Anderson, Federated Investors, and consulted in various privatization efforts for Allegheny County, Pennsylvania. He founded the influential economic think tank, the Allegheny Institute, and has lectured extensively to university, business and civic groups.

The ELO Webinars have been very well-received and quite popular with our global support base. If you have any questions regarding ELO and any of its initiatives please contact Admin@ELONetwork.org.