World Centre for Christian Entrepreneurial & Marketplace Leaders Off to a Great Start! 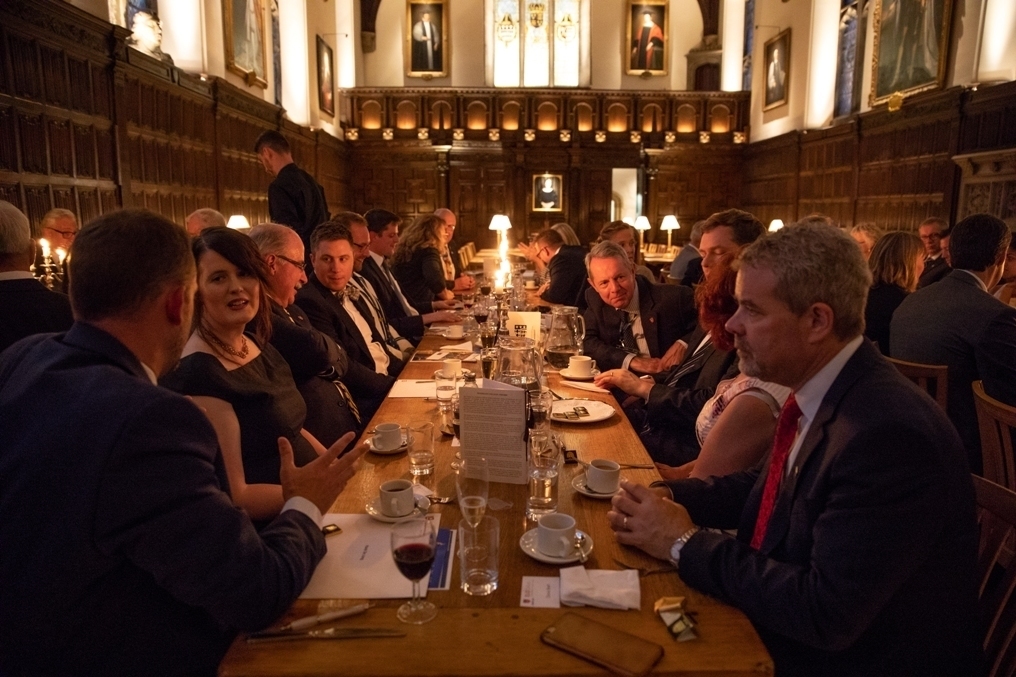 ELO’s recent launch of the Entrepreneurial Leaders Programme (ELP) in collaboration with Wycliffe Hall, a permanent private hall of the University of Oxford, was in the words of participants “life-changing,” “a great experience,” “a home run," “fantastic” and a “smashing success!”

The ELP was recently held from August 12th – 20th.  The ELP is a one-week executive education course that brought together Christian marketplace and entrepreneurial leaders from across North America and Asia with a focus on how to be more effective Christian difference makers in their businesses, churches and NPOs.

Second, at the executive education level, much of the learning comes from the quality of the cohort.  Much time and effort went into carefully selecting the appropriate cohort from a surplus of applicants.  In the end, the cohort melded well during the course of the week, being able to share candidly about the challenges and issues of being a Christian leader in the marketplace.  There was a great exchange of ideas, perspectives and personalities.

Third, with respect to instructors, the goal was to have a roster that would not only be world-class but the best in the world, befitting a great institution such as Oxford.  I acted as programme director and co-lead instructor.  The other co-lead instructor was Dr. Karl Moore, who teaches leadership and management at both Green Templeton College in Oxford and at McGill University in Canada.  Karl delivered a number of sessions and gave input on the structure of the ELP.

The last success factor was the atmosphere of Oxford with its Medieval colleges, dreaming spires and cobblestone paths.  Oxford has been at the centre of the development of Christianity in the UK for centuries.  Further, what has happened in Oxford has impacted the world, from John Wesley to CS Lewis.  Today, well-known Oxford instructors such as Alistair McGrath and John Lennox continue the tradition of global influence.

Cohort members stayed in residence at Magdalen College, where CS Lewis taught, lived and met with the “Inklings,” including JRR Tolkein.  We attended an “Evensong” service at Christ Church College where John Wesley was a member (Harry Potter was filmed in and around the buildings).  The medieval colleges, cathedrals and alleyways and byways are unmatched by any university in the world—you feel like you have gained a couple of IQ points by walking the cobblestoned paths trod over the centuries by so many luminaries.

At the conclusion of the ELP we had a formal hall dinner at Magdalen College.  We had a few presentations and the atmosphere was full of conviviality and great fellowship.  At the conclusion, one cohort member belted out, “let’s sing the doxology.”  And so everyone did.  A number of people mentioned that this brief space in time might have been the most moving couple of minutes of the entire trip, as a fitting spiritual cap and exclamation point upon the week that was.

Cohort members have relayed so many highlights during the week that they are difficult to recount in brief. The impromptu conversations and evening dinners will last a long time.  Wycliffe staff noted how much fun everyone was having.  The Evensong in Christ Church Cathedral was stunning.  Walking Addison's Path and the grounds of Magdalen College, with its glorious and majestic surroundings, was surreal.

We had a two-day add-on tour after the week-long course.  We visited the quaint and charming villages of the nearby Cotswold, highlighted by a visit to “The Old Bakery Tearoom” run by Alan and Jackie Slough, who came to faith via Alpha and who have a powerful testimony with respect to a family tragedy.  We also visited Blenheim Palace, the birthplace of Sir Winston Churchill.  One delightful and informative aspect of the two-day extension was the talk and tour of Oxford by Allan Chapman, an esteemed instructor in the history of science at Oxford and author of numerous books, including Slaying The Dragons:  Destroying Myths in the History of Science and Faith.

In short, the inaugural launch of the Oxford ELP met and exceeded all expectations.  The goal was to plant a seed of a programme that will become a centre for the education of marketplace and entrepreneurial leaders from around the world to transform their thinking, propel their difference-making, enhance their connectivity and implant a sense of linkage with the past and a desire to shape the future.