The 2nd annual Entrepreneurial Leaders Programme, held in collaboration with Wycliffe Hall, University of Oxford from August 11th to 19th, is an executive education course that brings together Christian marketplace and entrepreneurial leaders from around the world to focus on how to be more effective difference makers in their businesses, churches and NPOs.

The cohort’s feedback: “One of the best weeks of my life!”  “Excellent.”  “Outstanding.”  Albert Krahn, President, Quarks Shoes, Winnipeg, Canada, noted, “ELO Oxford 2019 was hosted in a setting that is second to none--Wycliffe Hall at Oxford University—and this backdrop, along with a strong cohort and top-quality speakers, creates an entrepreneurial educational opportunity that I would recommend for all entrepreneurial leaders.” 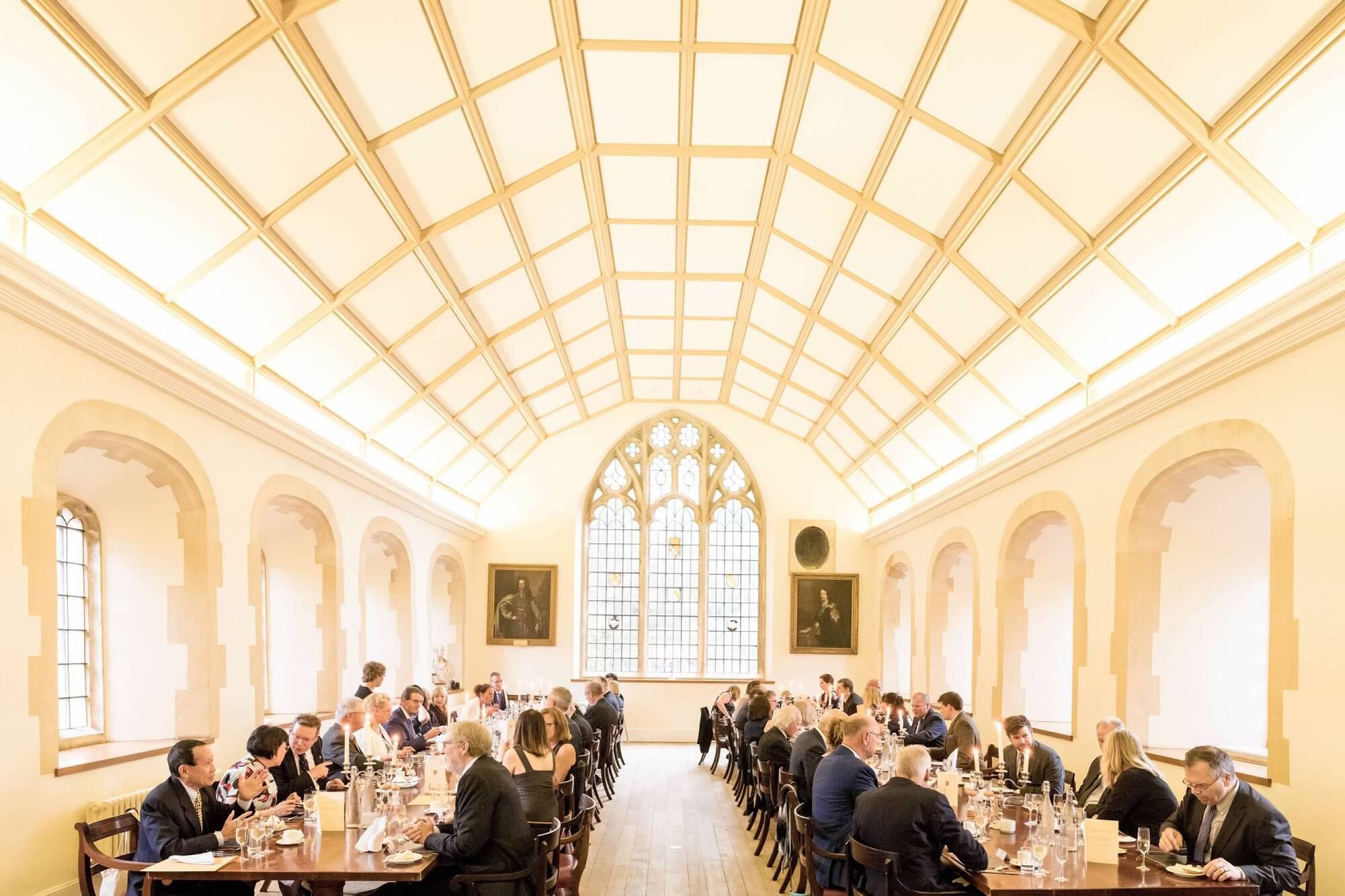 Second, at the executive education level, a significant component of the learning comes from the quality of the cohort.  Much time and effort went into carefully selecting the appropriate cohort from a surplus of applicants.  In the end, the cohort melded well during the course of the week, being able to share candidly about the challenges and issues of being a Christian leader in the marketplace.

The fourth success factor was the atmosphere of Oxford with its medieval colleges, dreaming spires and cobblestone paths.  Oxford has been at the centre of the development of Christianity in the UK for centuries, from John Wesley to CS Lewis. The Oxford experience was generally ranked 10 out of 10 by registrants!  Oxford is typically listed as one of the top three universities in the world and the core of the city of Oxford has a seemingly endless array of outstanding sights.

In addition to course time, the cohort toured Magdalen College, where CS Lewis taught and interacted with the “Inklings,” including JRR Tolkien.  We attended an “Evensong” service at Christ Church College where John Wesley was a member (Harry Potter was filmed in and around the buildings).

At the conclusion of the ELP we had a formal hall dinner at The Old Library Room, Wadham College.  We had a few presentations and the atmosphere was full of conviviality and great fellowship.

We had a two-day add-on tour after the week-long course.  We did a site visit to Kingham Hill School), founded by local landowner Charles Edward Baring Young in 1886.  Kingham Hill School is a co-educational independent day and boarding school for children aged 11–18, located near the village of Kingham in Oxfordshire.  The school strives to be an independent evangelical Christian school, which is not easy in a very hostile environment.

We visited the quaint and charming villages of the nearby Cotswold, highlighted by a visit to “The Old Bakery Tearoom” run by Alan and Jackie Slough, who came to faith via Alpha and who have a powerful testimony with respect to a family tragedy.

We had a presentation by Dr. Allan Chapman, an esteemed instructor in the history of science at Oxford and author of numerous books, including Slaying The Dragons:  Destroying Myths in the History of Science and Faith.  Dr. Chapman regaled the group with tales of the Christian history of Oxford and guided us through key sites in the city.

We also spent some time with Jeff and Christie Lothamer, pastors who are co-owners and operators of Filter Coffee in Bicester, outside of Oxford.  Fltr Coffee is an incorporated business owned by a number of families from their church called Journey Communities.  The caffeine start-up was assisted by a crowdfunding effort.  Jeff and Christie shared their passion for using their business as a doorway to authentic relationships created through interaction with the community.

In short, this year’s Oxford ELP built upon the success of last year.  ELO is now planning next year’s programme from Sunday, August 16th until Saturday, August 22nd.