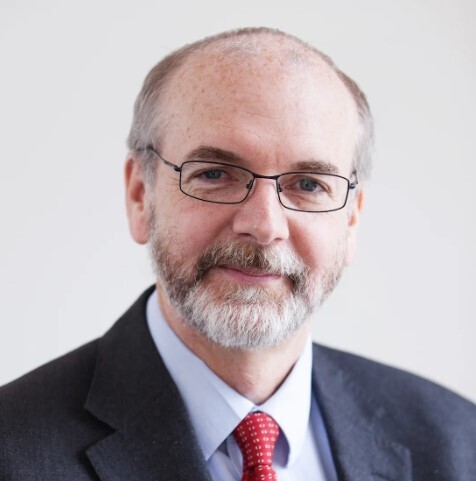 Sir Andrew is Director of the Oxford Vaccine Group in the Department of Paediatrics at the University of Oxford and an honorary consultant paediatrician at Oxford Children’s Hospital and  Fellow of St Cross College. He received a knighthood in the Queen’s Birthday Honours in 2021 for services to Public Health, especially in the pandemic.

His research includes the design, development and clinical evaluation of vaccines in UK, Asia, Africa and Latin America, including those for COVID-19, typhoid, meningococcus, Haemophilus influenzae type b, pneumococcus, plague, pertussis, influenza, rabies, coronavirus and Ebola, and leads studies using a human challenge model of paratyphoid and typhoid. He was the chief investigator for the clinical trials of the Oxford-AstraZeneca COVID-19 vaccine in 2020, which led to authorisation of the vaccine for use in more than 175 countries with over 2.5 billion doses distributed by the end of 2021. He has supervised 37 PhD students and his publications includes over 500 manuscripts and books on various topics in paediatrics and infectious diseases. His seminal work on typhoid supported the WHO prequalification of a new typhoid conjugate vaccine and WHO recommendations for its use in countries with a high burden of disease. He chairs the UK Department of Health and Social Care’s Joint Committee on Vaccination and Immunisation (since 2013), and was a member of WHO’s Strategic Advisory Group of Experts 2016-2022. He chaired the Scientific Advisory Group on Vaccines at the European Medicines Agency from 2012-2020. He chaired the UK’s National Institute for Health and Care Excellence (NICE) meningitis guidelines development group (2006-2010), the NICE topic expert group developing quality standards for management of meningitis and meningococcal septicaemia (2011-2013). He has been a member of the British Commission on Human Medicines' Clinical Trials, Biologicals and Vaccines expert advisory group since 2013. He was Vice-Master of St Cross College, Oxford, 2017-2021. He was an NIHR senior investigator (2018-2021). He received the “Science Honor and Truth Award” of the Instituto de Patologia en la Altura in La Paz, Bolivia in 2002. He received the Bill Marshall Award of the European Society for Paediatric Infectious Disease (ESPID) in 2013, the ESPID Distinguished Award for Education and Communication in 2015 and the Rosén von Rosenstein medal in 2019 awarded by the Swedish Paediatric Society and the Swedish Society of Medicine. He received the Oxford University Vice Chancellor’s Innovation Award in 2020 for his work on typhoid vaccines. He was elected to the Academy of Medical Sciences in 2016 and was awarded honorary membership of the British Society for Immunology in 2021 and Associate membership of the National School of Healthcare Science (2022). He received the James Spence Medal of the Royal College of Paediatrics and Child Health in June 2022. He previously chaired the scientific panel of the Spencer Dayman Meningitis Laboratories Charitable Trust (2002-2006) and was a member of the scientific committee of the Meningitis Research Foundation (2009-2014) and is currently chair of trustees of the Knoop Trust, and a trustee of the Jenner Vaccine Foundation and the Oxford Philharmonic Orchestra Trust. He made the first British ascent of Jaonli (6632m) in 1988 and Chamlang in 1991 (7309m) and was the Deputy leader of the successful 1994 British Medical Everest Expedition.