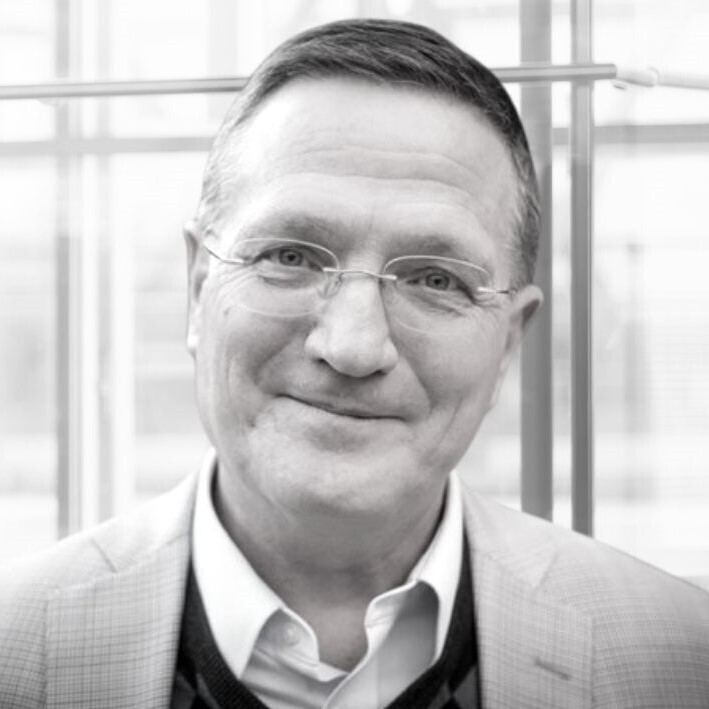 ﻿Brian Grim, PH.D., President, Religious Freedom & Business Foundation, Washington, DC, will be speaking at this year’s Winnipeg ELO Forum Online, November 9th, 2020. Brian is a leading scholar on international religious demography and the socio-economic impact of religious freedom. He has extensive international experience and is a TEDx speaker and a speaker at the World Economic Forum’s Annual Meeting in Davos.

He will be sharing his considerable insights on "Rethinking Diversity & Faith" in the corporate world. Attached below, with Brian’s permission, are some key extracts from a recent article titled, “Diversity is top of the corporate agenda. Why doesn’t that include faith?” January 16, 2020, which was part of the World Economic Forum Annual Meeting. In his article, he highlights three main points:

1. The majority of Fortune 100 companies fail to mention faith or religion as part of diversity efforts.

2. Technology companies are among the most faith-friendly.

3. There's a business case for workplaces to focus on religious inclusion.

Since the late 1960s, businesses large and small have worked to ensure that employees of all backgrounds are welcomed in the workplace. These diversity and inclusion efforts, which initially focused on race and gender diversity, have rightly expanded to include sexual orientation, veterans, disabilities, age and more. A new study reveals that, of these, religious inclusion has overwhelmingly been left out of corporate diversity initiatives. This is despite research showing the world is becoming more religiously diverse and faith continuing to be a core identity for the vast majority of workers worldwide.

Despite this, the just-released study by the Religious Freedom & Business Foundation (RFBF) shows that a majority of Fortune 100 companies fail to include even a single mention of faith or belief on their main diversity landing pages. Racial diversity, for example, is mentioned multiple times on 95% of landing pages for a total of more than 1,000 mentions. Religion is mentioned 92 times, across only 43% of the pages, putting it at the very bottom of the diversity and inclusion scale

Religion is also at the bottom when it comes to one of the most potent programmes corporations utilize for encouraging workplace inclusion – Employee Resource Groups (ERGs). Fortune 100 company webpages list 775 ERGs related to various affinities, but only 38 (5%) of these relate to faith or belief. That marks a stark contrast with the 298 ERGs for race, and 185 ERGs for gender or sexual orientation.

Reasons for this disconnect range from fear within companies of negatively impacting other inclusion programs, to concern over initiatives that become too focused on one faith, or the perceived potential to introduce a source of conflict in the work environment.

While the figures seem to indicate corporate America is tone-deaf to religion and belief, they also point to some promising trends. Indeed, RFBF’s study shows America is at a tipping point toward more faith-friendly corporate environments.

The Corporate Religious Equity, Diversity & Inclusion (REDI) Index, released this month, ranks for the first time Fortune 100 companies based on a variety of criteria related to their public commitment to providing faith-friendly workplaces. Perhaps surprising to some, technology companies are among the most faith-friendly. The company with the best score in the 2020 REDI Index was Alphabet/Google, with Facebook, Apple, Dell and Intel also making the top 10. Tyson Foods, Target, American Airlines, Goldman Sachs and American Express round out the top spots in the scoring.

Their efforts to create respectful environments for the faith and beliefs of their employees are diverse and can serve as models for other companies. Google’s Inter Belief Network (IBN) has multiple member chapters, including ERGs for Buddhists, Christians, Jewglers [Google’s term] and Muslims. Tyson Foods, which tied for the No 2 spot on the REDI Index, employs chaplains in their plants across 28 US states to provide “compassionate pastoral care” to employees and their families, regardless of religious affiliation or non-affiliation. Intel, which also tied for second, has a variety of faith and belief ERGs including Agnostics and Atheists at Intel (AAI), Intel Bible-Based Christian Network (IBCN), Intel Jewish Community (IJC), and Intel Muslim Employee Group (IMEG).

This tipping point is manifesting itself in a variety of ways. Accenture, a financial industry leader in the US, recently hosted a nationwide webinar for its employees to promote bringing your “whole self, faith and all” to work. Salesforce’s Faithforce, launched two years ago, is the fastest growing ERG in the company’s history. PayPal launched its first faith-oriented ERG in 2019 as well. Earlier this year, Texas Instruments hosted a forum on religious diversity and inclusion at TI’s global headquarters in Dallas, attracting participants from more than 30 different companies.

Perhaps the biggest indicator of a change in focus and attention is that, for the first time, Walmart (the largest of the Fortune-ranked companies) recently launched a faith-oriented ERG.

The Business Case for Faith

These are promising signs that, while still on the fringes of most corporate inclusion programmes, faith-friendly workplaces are poised to make significant gains in 2020. RFBF’s research also shows companies that include religion in their initiatives on equity and inclusion are stronger on all other inclusion categories mentioned above. Faith inclusion is, therefore, an important indicator of an overall more welcoming workplace environment.

The drivers behind a greater corporate focus on faith are increasingly clear and make good business sense for companies in a global marketplace. They should not be ignored. When implemented equitably, faith-friendly corporations are more appealing from a recruitment and retention standpoint. They increase morale, reduce religious bias, and foster greater collaboration, creativity, productivity, commitment and innovation.

Faith is already an important part of people’s lives and the marketplace, so to be religiously-tone deaf is a strategic liability. Faith-friendly workplaces enable employees to help companies successfully navigate a more religious and religiously diverse planet.

Research on religion provides a foundation for not only assessment but driving positive change to ensure that the global business community is at the vanguard of the effort to provide work experiences where employees reach their true potential. That means stronger, more resilient businesses and a better quality of life for people of all faiths and beliefs around the world.