Are You A Rich Fool? 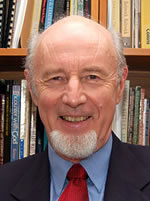 Who is rich? (I am, at least in terms of the global economy.) And who is poor? (I am, in many non-monetary ways.) And what does money mean? Do you fear having too money? Too little? Does handling money draw you closer to God or is it a diversion? Why does money “talk”? Does money give you meaning? Happiness? Does your money reflect not only your net worth, but your self worth?

The Bible tells an amazing story of a person Jesus calls a “rich fool” (Luke 12:13-21). By his own shrewd investment and hard work this man had gained so much grain that he had to build bigger barns to store it all (much as some people today rent more and more public storage space for their increasing collection of things). Then he said, I can now take life easy and eat, drink and be merry. I have everything stored up for the future. He felt secure. Inflation couldn’t touch him. But death could. Just then, says Jesus in telling this story, God called him to die and required his soul, which means his life. Death found him out, as it will find us out. "Ultimately,” says Jacques Ellul, “we follow what we have loved most intensely either into eternity or into death." Now who will get what he has, asked Jesus? “This is how it will be with those who store up things for themselves and are not rich toward God” (v21).

Before we condemn the rich fool let us note that he did not squander his wealth, or leave it around so it would rot or be stolen. He was, in a sense, a steward of his wealth. The tragedy, says Jesus, is that he was rich in terms of material acquisitions but not “rich towards God.” But what does that mean? It is a fascinating and important question, one which reveals our true spiritual state and our ultimate destiny before God. In the same way Jesus told his followers to store up for ourselves treasures in heaven (Matt 6:19-23). How do we do that? So many people today of getting rich quickly, through a new internet scheme, or worst still, a scam. They dream of “making it” by forty and retiring early. Some turn this into a faith venture in what is called the “health and wealth” gospel that basically promises that if you praise God and follow Jesus you will have it all in this life. God wills your prosperity. Based on a few texts in the Old Testament where God clearly says that he means his people to thrive, the health and wealth gospel ignores much of the rest of Scripture, especially the hard words of Jesus (“It is easier for a camel to go through the eye of a needle than for a rich to enter the kingdom of God,” Matt 19:24). This so-called “gospel” actively promoted throughout the world encourages people to expect God to bless them with riches. “Who, then, are those who fear the Lord?...They will spend their days in prosperity.” (Psa 25:12-13) But just what are riches? And how does money figure into the equation?  I will explore these and related issues in subsequent posts.