What I Learned From Harry Voortman 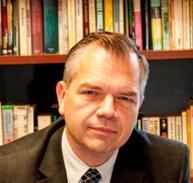 You should meet Harry Voortman, 81, CEO, Voortman Cookies, Burlington, ON (www.voortman.com). He’s a one-of-a-kind Christian entrepreneurial leader. Far too modest to seek attention—that’s another reason why he deserves it.

Harry is a Dutch immigrant to Canada. He grew up in war-time Holland and came with his family to Canada in 1948. His dad was a baker in the Old Country. He didn’t go into baking through careful analysis of a range of options, but because that was what he knew how to do. He co-founded the company in 1951 when he was only 17 and his older brother, Bill, was 19. They learned through trial and error.

Bill and Harry started by baking traditional Dutch pumpernickel and honey cake in a rented back room of a house in Hamilton, Ontario. Bill focused on the operations and Harry started selling their products door to door.

Innovation. Harry and Bill continuously innovated. After experimenting with different types of pies and doughnuts, they started baking their first cookies which went over much better than pumpernickel and honey cake.

Later on, cookie sales took off when they innovated with the sales format in stores. They developed a bulk "Cookie Hut." This was a stand that could be placed in retail outlets that stocked a variety of loose cookies which customers could then mix and match. First introduced in 1981, the Cookie Hut was a hit with consumers who could now buy as many of their favourite cookies as they wanted, mixing and matching varieties to their own personal tastes.

The Company launched “Sugar Free” wafers launch in 1998, preparing the way for a whole new line of Sugar Free cookies to follow.

Another innovation in the fall of 2003 occurred when the Company began to eliminate Trans Fats from all Voortman products. This goal was achieved by April 2004, making Voortman the first North American food manufacturer to completely eliminate Trans Fats from all of its products. Today, Voortman also offers Healthier Choice!" snacks with the introduction of a growing selection of Flax Seed Omega 3 and Sugar Free products.

The quest is to remain competitive has led them to markets around the world. Though headquartered in Burlington, a suburb of Toronto, 80% of their products are sold outside of Canada, primarily to the US. In addition their products are sold in 45 countries throughout the world as a specialty product. Harry showed me the world map in his office corridor with Voortman pins, from Hong Kong to Dubai to South America.

Harry is a man of great modesty. Despite the great success Harry has had over 60+ years, and the fact that his surname is on a company and known through sale of millions of cookies worldwide, he remains unpretentious and unassuming. He’s well-grounded. He talks openly about his lack of formal education, given his growing-up years in a war time environment, and he concedes he made mistakes along the way.

His natural modesty doesn’t need any of the conventional trappings of success. He bought his first house in 1953—he still lives in it. Harry’s five kids grew up in that house. He did expand it—he added 400 s.f. So, his home has a grand total of 1,500 s.f. There is not an ounce of pretense around Harry.

Harry’s a man of deep Christian conviction. His office sports a large “Jesus is Lord” sign. He talks about making an impact in market place. He contributes to many great charitable causes and looks at how to steward the opportunities afforded by his company. He treats people with great respect. For Harry, his workplace is clearly a place where he can reflect the principles of his faith. Rather than telling people what they should believe, he shows then what he believes and how it makes a difference in his life.

The bottom line is that Harry provides an inspirational entrepreneurial story. He started a company that he’s run for 60+ years. He’s persisted through ups and downs and the challenges along the way. He’s reinvested in the business. He’s innovated. He’s changed. He’s focused on customers wherever they may be, throughout Canada, the US and internationally. He’s stayed true to his faith. Through is all he’s remained the same well-grounded, hard-working, Dutch immigrant kid that the banks wouldn’t take seriously way back. They do now and they have done for a long time.