This is the third in a series of five blog posts on Niall Ferguson’s Doom[:] The Politics of Catastrophe (New York, NY: Penguin, 2021). View the series. 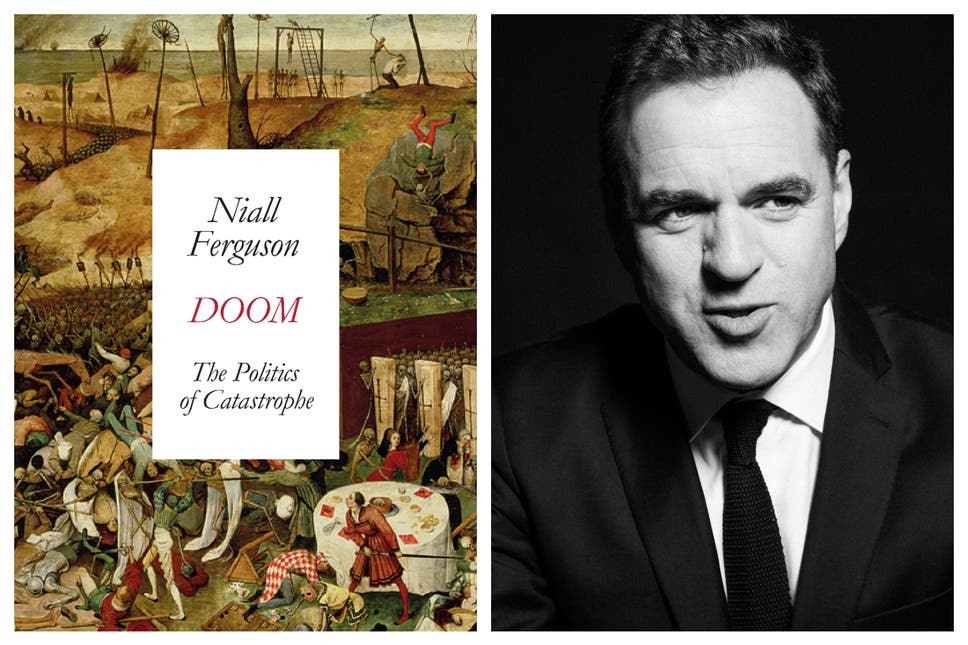 Reaching into his historian’s grab bag, Ferguson deals with catastrophes and cites examples going back to Medieval Europe. He explains that, “Death was ubiquitous in the medieval and early modern world in a way that we struggle to imagine.” [21] Life spans were shorter, death more frequent and illness ubiquitous. So it should be, according to Ferguson.

From the bosom of his physicist mother, he learned that life is a “cosmic accident” [24] He definitively explains that, “Our universe began 13.7 billion years ago, in what we call the Big Bang [etc.].” [24]. So, presumably, life has no meaning, and death either.  In the back of Ferguson's mind he no doubt hears the ghost of Hobbes whispering that life is nasty, brutish and short.

Some hope, however, was offered by Christianity. He explains that, “A clever feature of the Christian eschaton was the uncertainty Christ left in his disciples’ minds about its timing: “But of that day and hour knoweth no man, no, not the angels of heaven, but my Father only” (Matthew 24:36).” [26] So, pilgrims need to live with hope, despite the odds.

There were massive death tolls in the past. From 1347 to 1353 the Black Death reduced the population by more than 40 percent causing the death of 75–200 million people in Eurasia and North Africa, peaking in Europe from 1347 to 1351. Ferguson recounts a litany of catastrophes over the centuries.

What about COVID? Ferguson explains that, “Up to September 2020, COVID-19 had killed an estimated 0.0014 percent of the world population, making it the twenty-sixth-most-disastrous pandemic in history. The Spanish flu of 1918-1919 was roughly 150 times more deadly.” [41] The implication is that while the COVID pandemic is bad, let’s not get carried away, shall we.

With our current technology, shouldn’t there be preventative measures? Disasters may be predictable, but a variety of cognitive biases conspire to prevent the necessary pre-emptive action. [60] Ferguson lists various concerns such as availability bias, confirmation bias, etc. [62] What is the answer?

Perhaps it is science. Although Ferguson noted that science helped him realize without a doubt that the universe began 13.7 billion years ago, he now explains that “…scientific methods can be abused to produce any number of spurious correlations—for example, between the signs of the zodiac and the chances of survival of leukemia sufferers who receive a stem-cell transplant.” [64]

Also, in days gone by science didn’t solve the issue of how to respond to pandemics. [140] Ferguson explains that, “A closer look at the historical record reveals that, beginning in the Renaissance, men worked out the efficacy of quarantines, social distancing, and other measures now referred to as “non-pharmaceutical interventions” long before they properly understood the true nature of the diseases they sought to counter.” [140] So people knew through observation—rather than science—how to curb the impact of a pandemic.

Have we seen this type of situation previously? As a historian, yes, of course, there have been similar situations in the past. Ferguson laments that lack of historians among us: “people who use terms like “unprecedented” about a crisis are in general merely conveying their ignorance of history.” [70] He cites people using bad historical analogies” like the archbishop of Canterbury [70]

Are people good at predicting catastrophes and economic downturns? No. Ferguson notes that, “Of 469 downturns in national economies between 1988 and 2019, the International Monetary Fund had predicted only four by the spring of the year before they began.” [76]

“The history of disasters is a history of a poorly managed zoo full of gray rhinos, black swans, and dragon kings—as well as a great many unfortunate but inconsequential events and an infinity of nonevents.” [79] Planning is a challenge when you don’t know what is coming.

A key point made by Ferguson is the manner in which a pandemic is disseminated. He notes that, “The key point, as with epidemic disease, is that network structure can be as important as the idea itself in determining the speed and extent of diffusion.” [114] With the nature of modern connectedness through transportation, pathogens are carried quickly.