The One Essential Quality of a Leader 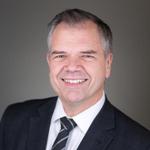 While there are various definitions of leadership and of being a leader, I have seen one essential quality that is a great differentiator between those who truly have an impact and those who don’t.  It is a fundamental divider in terms of how to see the world, a perspective that clearly separates people.

The one essential quality of an effective leader is the ability to be a “big picture” strategic thinker.  What do I mean?  In essence, big picture thinkers have a strategic perspective whereby they do not think of themselves, but see beyond themselves.

By contrast, small picture thinkers will look at activities with a focus on, “what’s in it for me?” and “what will I get out of it?”  If it doesn’t serve their immediate ends, then why would they bother—there’s nothing in it for them.

One simple example which reflects these dynamics is the annual ELO Forum, which requires the input of many leaders to be successful. The decision of individuals whether or not to participate as a sponsor or table host is a function of their own self-perception as leaders.  Why get involved?  Why take the time and effort and incur the expense?  Instead, a person could stay at home, read a book, watch TV and avoid traffic congestion.

A big picture leader is someone like Rob Wildeboer, Executive Chairman, Martinrea (www.martinrea.com), a large auto parts manufacturer headquartered in Vaughn, ON.  At this past year’s ELO Forum in Toronto he organized a table through his company, a table personally and then encouraged a pastor to organizes a group of attendees at a separate table.  Rob Wildeboer strategized about who to bring, who could benefit from the theme of the event, and who could benefit from meeting the other people at the table.  He was thinking beyond himself.

Another example of a big picture thinker is Hank de Jong, Director, EduDeo Ministries (www.edudeo.com), based in Hamilton, ON.  EduDeo does great work globally to advance Christ-centered education.  Hank previously organized a business leaders conference via EduDeo which attracted many supporters, many from the EduDeo donor base within the Dutch Reformed community.  Once the ELO Forum started, he decided that it was better to be part of a larger group rather than to stay within their primarily denominational boundaries.  He was thinking beyond himself.

Big picture thinkers also realize that simply making the effort to come to the event shows the priority of the event.  Wherever someone is in their spiritual journey, they are a leader and have the capacity to positively influence others.  By their presence at the event they are saying that the focus of the event is a priority.  They are making the effort to come to the event and be part of it.  Is a mere physical presence worthwhile?  Yes, it is.  If Christians don’t make themselves a priority, no one else will.

To be a big picture strategic thinker is to have a sense of your own influence.  Few people can do that—but effective leaders can.  Few people are so-called “reflective practitioners”—those who can reflect meaningfully on their own experience or that of faith within a broader societal context.

ELO is grounded in big picture strategic thinking.  This is the driving force not only behind the ELO events, but also the Entrepreneuerial Leaders Programme (www.ELIOxford.com) that will be offered in collaboration with Wycliffe Hall from August 12th – 18th.  The focus of this one-week intensive programme is create more effective leaders and influencers within churches, NPOs and society.

In short, the one essential quality of an effective leader is to be a big picture strategic thinker.  The Christian community, both locally and globally, needs more of them.