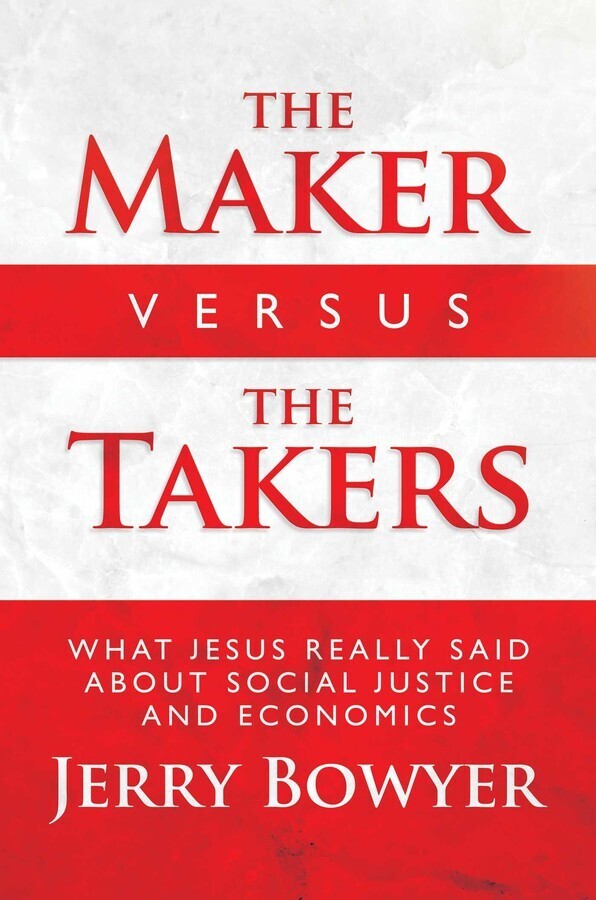 Jerry Bowyer’s recent book titled, The Maker Versus the Takers: What Jesus Really Said About Social Justice and Economics (Fidelis, 2020) is a unique and ground-breaking book that should be read by all Christians in business.

I have heard Jerry Bowyer speak at conferences and I have invited him as an adjunct instructor in our Entrepreneurial Leaders Programme offered each summer in collaboration with Wycliffe Hall, University of Oxford. There are not many people like Jerry Bowyer who are able to combine biblical literacy and economic insights.

Jerry is an American economic advisor, author and broadcast personality and will be a presenter at all three ELO Forums Online on Nov 9th (Winnipeg), Vancouver (Nov 16th) and Toronto (Nov 23rd).

The Maker Versus the Takers is for people who really want to know what Jesus said about economics. As Jerry explains in the book, ”It may seem too obvious to mention that in order to have a Christian view of economics, we need to study what Jesus said about it, but unfortunately a great deal of the Christian commentary on economics is based on ideas which have been brought to the Gospel texts, rather than drawn out of them.”

Jerry further explains:  “…we must really want to know what He [Jesus] taught and to follow Him wherever He leads….What emerged from that process amazed me with its clarity. But what struck me more powerfully was the way that over and over, in hundreds of ways, the details of the Biblical texts confirmed what I was seeing.”

“What I saw was a Jesus who was very, very concerned about economic exploitation, but whose economic denunciations were not broad, to-whom-it-may-concern condemnations of all wealth. Instead, He directed his denunciations in very specific geographical and socio-economic ways, aiming his barbs at the exploitative members of the ruling class.”

Jerry states an important nuance: “What you will see is Jesus confronted the takers of wealth, not the makers of it. He did this with such vigour and clarity, the ruling class who lived and worked in that nation’s capital saw him as a threat to their system of economic extraction. That’s why they instigated his judicial execution by the Roman state. Elites failed to heed Jesus’s warnings about the ways in which the capital city and its ruling political/religious elite were courting disaster, and eventually, the economic problems Jesus warned about would lead to an economic collapse, and the destruction of the capital city, Jerusalem.”

What type of response does Jerry get to his work on Jesus and economics? Jerry explains: “Most Christians seem to think He didn't have any economic views, because they've been taught to think about religion and economics in different categories. Well, they might be different subjects in school, but they are not different subjects in life. In reality, Jesus talked about money more than he talked about any of the traditional church-y topics like heaven and hell. And why shouldn't He? He loved people and people are affected greatly by economics. So, sound economics are not in competition with sound theology: they reinforce one another quite well. Bad theology almost always leads to bad economics. And the bad theology which was in the air in the 1st century—for example, the legalism which was running rampant—served not just to rob men's souls of grace, but also to rob their bodies of bread. Legalism always leads to larceny of one form or another.”

The bottom line is that Jerry’s new book offers great insights on Jesus and economics—a topic that is rarely addressed.